On January 15, 1869, the Congress of the Union of the United Mexican States issued the decree of creation of the state of Hidalgo, however it was erected the following day, January 16, 1869, by Benito Juárez.

Our entity was assigned the name of “Hidalgo” in honor of Miguel Hidalgo y Costilla, considered the father of the country and initiator of the Independence of Mexico, while the capital of the state was the city of Pachuca, to which the denomination “de Soto” in recognition of Manuel Fernando Soto, originally from the city of Tulancingo and who is considered the most important promoter in the creation of the state. 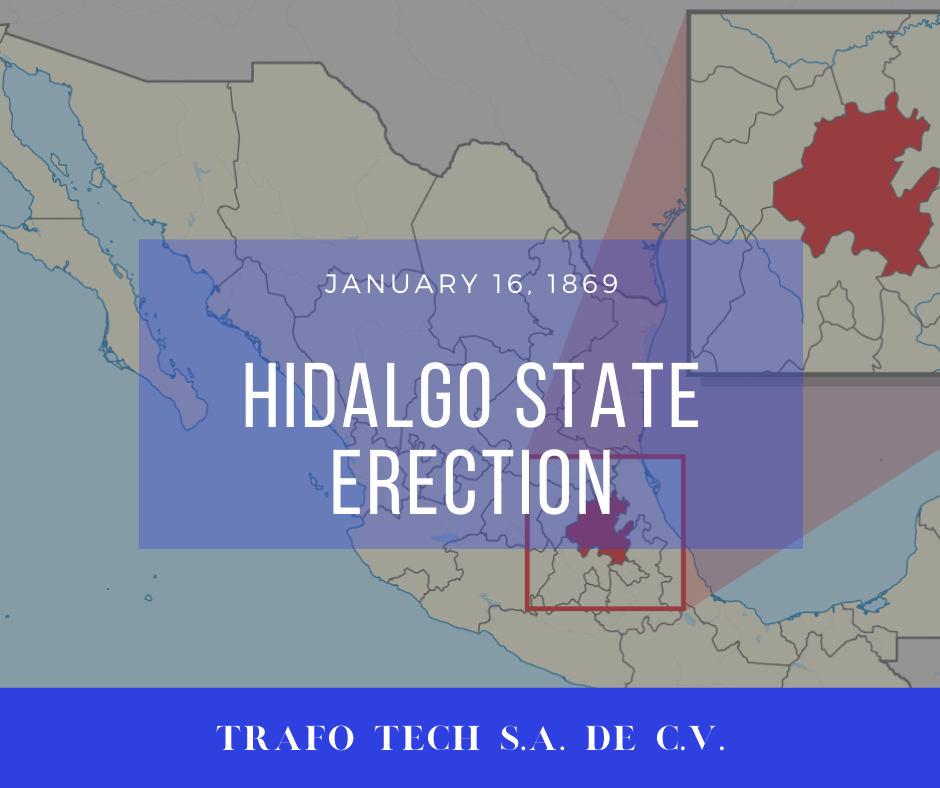